Big Marijuana must be met with more scrutiny by the media. Marijuana use is not inevitable and the media should stop comparing marijuana legalization to same sex marriage… Some advice from Kevin Sabet, american co-founder Project SAM (Smart Approaches to Marijuana), who will speak at World Forum Against Drugs in Stockholm next week.

The world of marijuana is changing. And that means the world of marijuana-related news stories is also changing. With two states having legalized the drug, there is certainly a lot to write and talk about. At least two deaths have already been attributed to legal marijuana cookies in Colorado, and poison control centers continue to report increasing calls related to the drug. Publications sympathetic to legalization (like the HuffPost and Rolling Stone) continue to publish articles that obscure the science behind marijuana use and the increasing concern of public health officials over the experience of legalization in places like Colorado. These articles make grand, often unfounded assumptions about marijuana and marijuana legalization. It is not just the pro-marijuana media outlets that sometimes misrepresent what is happening with pot. Here are some considerations any fair-minded writer should take into account when writing about the complicated world of weed:

1. Do not simply assume marijuana legalization is inevitable.

It is incredible how the talking points of pro-marijuana groups have developed over the years. First, marijuana was a ”natural, harmless herb.” Then, it cured cancer. Now, the substance of the argument has been replaced in favor of simply repeating the saying that legalization is unstoppable. The United States’ largest legalization lobby group has even funded a spin-off group devoted solely to collecting quotes from anyone who has remotely said anything (a) good about marijuana or (b) bad about current drug policy. (They even claim folks like Bill O’Reilly — an explicit opponent of legalization — are sympathetic to their cause!).

It is not surprising that so much investment has been made into mainstreaming marijuana as inevitable. It’s a good argument for legalization advocates. Polls show that even among people who oppose legalization, many think the policy is a foregone conclusion. But history and experience tell a very different story. In the mid-1970s, polls showed soaring approval for legalization, as the Baby Boomers entered adulthood and government trust hit an all-time low. Marijuana was a sharp divider of the ”old” and ”new” generations, and served as a symbol of freedom and self-expression. In a matter of only a few years, however, things changed — dramatically. By 1982, support for legalization fell sharply. New parents, many of whom tried marijuana as adolescents, were uneasy about marijuana use among their own children. A parents’ movement emerged, raising awareness about drug use. Crack-cocaine burst onto the scene, giving all drugs a bad name. None of this could have been predicted in 1977, when then-President Carter signaled his support for relaxing marijuana laws (he’s done a 180 since — and now supports efforts of Project SAM).

There’s a sense that history could repeat itself. Support for legalization in Colorado and Washington has stayed roughly steady since legalization passed in 2012. And several states have rejected legalization outright — Oregon, Nevada, and California, for example. A poll out last week showed national support at barely 50 percent. Though hardly covered at all by the media, the most recent (2014) Pew Research poll showed that when people were given the choice of medical marijuana, legalization, and status quo, only 39 percent of respondents chose legalization. And deeper analyses of opinion polls show that even among legalization supporters, it’s not marijuana that they’re crazy about. Rather, support is much more about a general dissatisfaction with ”lock em’ up” incarceration policies. That means if people are given an alternative to current policy, they just might not keep supporting legalization. (The group I co-founded with former Congressman Patrick Kennedy, Smart Approaches to Marijuana — SAM — rejects both incarceration and legalization as optimal marijuana policies; we want to see more emphasis on prevention, treatment, and awareness.)

Finally, there is a growing dissatisfaction with what legalization looks like in real life versus what it might mean in theory. Problems in Colorado abound — including diversion to minors, deaths related to legal products, and increased emergency room admissions — as the state struggles to implement the policy responsibly (it is hard to do that when a massive lobby spends millions of dollars on advertising and promotion). And a growing chorus of public health advocates — people who have devoted their lives to research and treatment — are coming out against legalization.

What does this all mean for the future of legalization? It’s anyone’s guess. But don’t assume it’s a done deal.

2. Big Marijuana — like Big Tobacco before it — is a growing industry that deserves much deeper scrutiny.
For years, the media gave Big Tobacco a free pass. Newspaper and magazine executives reaped the benefits of selling expensive ad space to companies like Phillip Morris and R.J. Reynolds.
Welcome to Big Tobacco 2.0.

Today’s marijuana industry is following exactly the same tactics: framing its product as healthy, denying the science linking its use to numerous health problems, and targeting youth as lifelong customers.
And most of the media seems to be saying ”keep em’ coming.”

Open Colorado newspapers and magazines on your web browser (or look at the real thing) on any given day and you will find pages of marijuana advertisements, coupons, and cartoons. Remember Joe Camel and candy cigarettes? The marijuana industry offers myriad marijuana-related products such as candies, sodas, ice cream, and cartoon-themed paraphernalia and vaporizers, which are undoubtedly attractive to children and teens.

Already, millions of start-up dollars have been raised to promote businesses that will sell marijuana and marijuana-related merchandise. For instance, a 30-year old Californian has already raised tens of millions of dollars to invest in marijuana-related companies. Last year, he told the New York Post, ”With changing legislation, someone’s going to be the Anheuser-Busch of marijuana.” The Wall Street Journal discussed his ”plans to be the Philip Morris of Pot.” Similarly, a former Microsoft executive has said that he wants to ”mint more millionaires than Microsoft” and to create the ”Starbucks of marijuana. And several profitable vending machine companies with products such as marijuana brownies are emerging throughout the country, resembling the popular DVD dispenser, Redbox.

And it is not just new, young entrepreneurs that are entering the marijuana business; Big Tobacco has had its eye on the industry for years. In the 1970s, a Brown and Williamson report stated:

”[We] have the land to grow it, the machines to roll it and package it, the distribution to market it…Estimates indicate that the market in legalized marijuana might be as high as $10 billion annually.”

The media did not get the Big Tobacco story right for 80 years. Let’s hope it doesn’t take another 80 to accurately report what today’s money-hungry pot industry is all about.

4. Stop saying ”marijuana doesn’t kill anyone” or that it is ”non-addictive.”
It is true: dying from a marijuana overdose is a rare, exceptional occurrence. But dying from something directly related to marijuana use is not so far fetched. People die every year from car crashes where a driver was high on pot; they also have died from accidents resulting from ingesting marijuana (like this exchange student who came to Colorado to try marijuana and ended falling off a balcony to his death while high). Similarly, tobacco smoke does not directly cause deaths via overdose, but we know people die directly from things caused by tobacco smoking — lung cancer, for one. Even marijuana legalization consultant Prof. Mark Kleiman recently scolded Andrew Sullivan for the ”outrageous…headline reading ’Cannabis kills no one.'”

It is equally outrageous to pretend marijuana is not addictive. The National Institutes of Health reveal that 1 in 11 adults who try marijuana will develop an addiction. This rate is even higher for adolescents: 1 in 6 16-year-olds who ever try marijuana will become addicted. Young people are especially vulnerable to dependency for two reasons. One is because their brains are still under development; the other is because the marijuana our youth smoke today is several times stronger than it was 40 years ago.

5. Physicians’ and scientists’ groups overwhelmingly oppose legalization, as do cops.
No major national medical association in the United States has expressed support for legalization and many have explicitly stated their opposition to the legalization of marijuana both for recreational and medical purposes (to be clear, here I am talking about smoked, crude marijuana; components of marijuana indeed have medical use and should be researched and dispensed safely, in non-smoked forms, through pharmacies and physicians).

The American Medical Association (AMA) states that it ”discourages cannabis use” and believes that ”cannabis is a dangerous drug and as such is a public health concern,” and that ”the sale of cannabis should not be legalized.” Similarly, the American Academy of Pediatrics (AAP) maintains that any change in the legal status of marijuana, even if limited to adults, could affect the prevalence of use among adolescents. The American Psychiatric Association (APA) states:

”There is no current scientific evidence that marijuana is in any way beneficial for the treatment of any psychiatric disorder. In contrast, current evidence supports, at minimum, a strong association of cannabis use with the onset of psychiatric disorders. Adolescents are particularly vulnerable to harm, given the effects of cannabis on neurological development.”

With regards to marijuana as medicine, the American Society of Addiction Medicine (ASAM) states that it ”rejects smoking as a means of drug delivery since it is not safe,” claiming ”cannabis, cannabis-based products, and cannabis delivery devices should be subject to the same standards that are applicable to other prescription medications.” The American Cancer Society (ACS) clearly states that it ”does not advocate the use of inhaled marijuana or the legalization of marijuana.”

Given the media’s powerful influence on public opinion, journalists and reporters have a big responsibility to cover stories with objectivity and grounded in facts. As marijuana becomes an increasingly salient topic in public discourse with significant implications for public health and safety, their duty to represent all the issues surrounding marijuana legalization has never been more important.

• This article is also published in the Huffington Post. 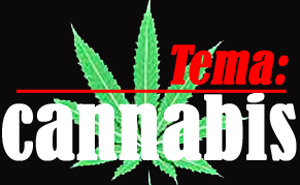